For the last three days, I've been sitting at my kitchen table in California cranking out press releases, calling reporters, and generally playing "pit crew" for Bill and our Put Solar On It road trip. It's been a great ride: tens of thousands of people have shown their support for putting solar back on the White House, the crew had great stops in Boston, New York, and D.C., and we managed to secure a meeting with the Administration to discuss putting solar back on the roof. 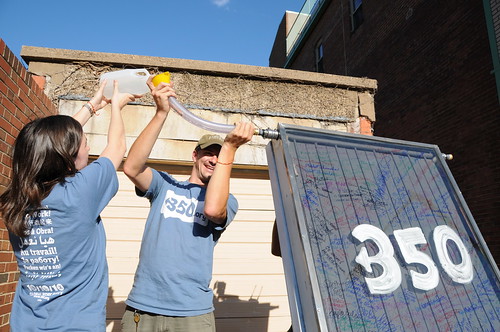 As we expected (but secretly hoped wouldn't be the case), the White House didn't commit to … well, anything. We tossed them a big, fat soft ball to hit out of the park and they just watched it float on by.

That's too bad. But it's also a great reminder of who the real leaders are. As Joe put it, if the President can't climb up on the roof and hammer in some solar panels, clearly we need to push him up.

That's exactly what we're going to do on 10/10/10. There are actions all around the world where people are putting up solar panels and finding other ways to get to work on climate solutions. In the Maldives, President Nasheed will be on his roof top putting in a set of panels donated by our friends at Sungevity. In Zimbabwe, students will trek out to a rural hospital to install a solar panel there. In thousands upon thousands of communities, we'll be showing our so-called leaders what leadership really looks like.

As for now, the Carter panel will stay in D.C., a symbol of a road not taken, yesterday and today. The fantastic Unity College crew will head back up to Maine and start classes for the semester. And Bill McKibben will head home for a few days of rest, before hitting the road again to promote 10/10/10.

And all of us? Well, personally, I'm going to go grab another cup of coffee, and then get back to work. After all, there are still a lot of rooftops — in Washington and around the world — that could use some solar. 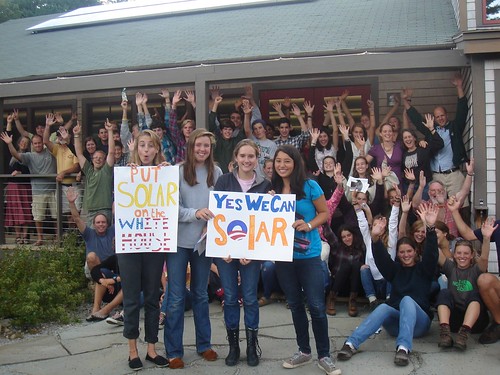