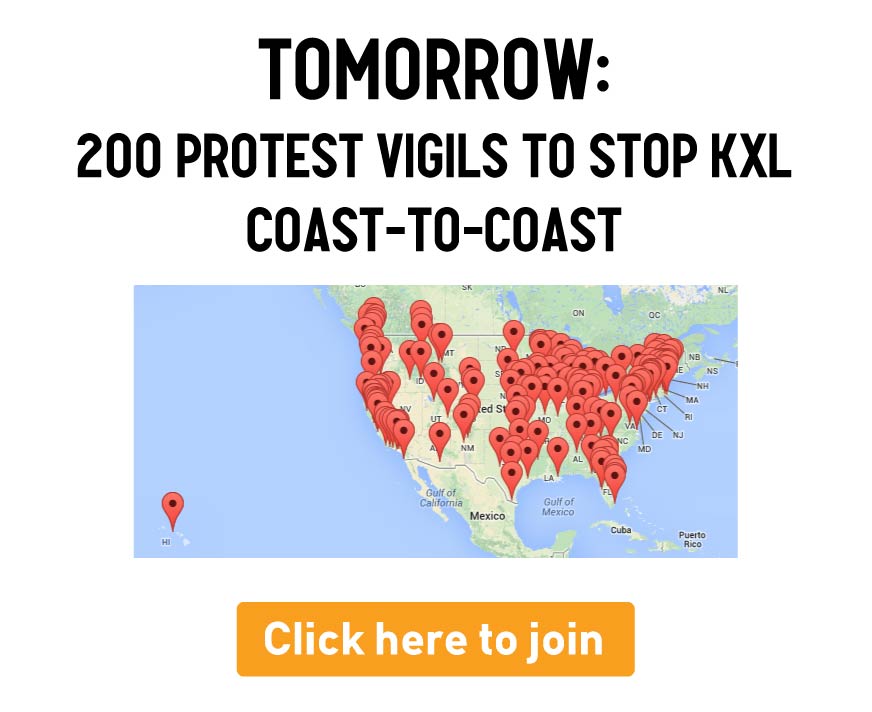 In the last 48 hours, people across the country have stepped up to go the extra mile to stop Keystone XL. 200 events have been planned from coast-to-coast for Monday evening, and more are being listed every hour.

Every one of those actions will be sending the same message: it’s time for President Obama to be a climate champion, not the pipeline president, and reject Keystone XL. Standing together, we can be heard.

President Obama clearly has all the evidence he needs to reject the pipeline — but what will truly decide this fight is whether we can out-organize big oil, and Monday will be our next key test. There’s an action not far from you on Monday evening — can you be there to tell President Obama to stop the pipeline?

Click here to find the action nearest you: actionnetwork.org/event_campaigns/kxl-fseis?referrer=350-org

The Environmental Impact Statement released by the State Department on Friday does not take a stand on whether President Obama should approve the pipeline. That’s good and bad: on the one hand, it’s better than the previous reports, which gave much more support for the pipe — but on the other hand, it avoids the glaringly obvious fact that that a pipeline carrying 800,000 barrels per day of the world’s dirtiest oil would be a disaster for the climate, and the lives of Indigenous communities, farmers and homes along the route.

We’ve been in this place before. We may be here again. And what counts in moments like these are not the words in Washington’s reports, but rather the voices of people in the streets — that’s what changes the equation for the President.

And that’s what Monday is all about. I hope you’ll be able to join me.