It’s another sunny day in Rio de Janeiro, but a storm is brewing. As delegates from around the world fly into town for the Rio+20 Earth Summit, the largest environmental gathering in world history, 350.org is teaming up with over a dozen environmental groups for a major “Twitterstorm,” a 24-hour push beginning on June 18 to get as many tweets as possible for the hashtag #endfossilfuelsubsidies.

Every year, governments around the world give nearly $1 trillion in handouts and tax-breaks to the fossil fuel industry instead of using the money for sustainable development, clean energy initiatives, reducing the deficit, or any number of better initiatives. Three years ago, the G20 countries committed to ending these subsidies but there has been no action since.

The #EndFossilFuelSubsidies twitter storm is timed to coincide with this year’s G20 meeting which will begin in Los Cabos, Mexico on Monday. Two days later, over a hundred heads of state will join 50,000 people at the Rio+20 Earth Summit. The synchronicity of the meetings provides the perfect opportunity for world leaders to put their money where their mouths are and provide a clear plan to cut subsidies to the fossil fuel industry. 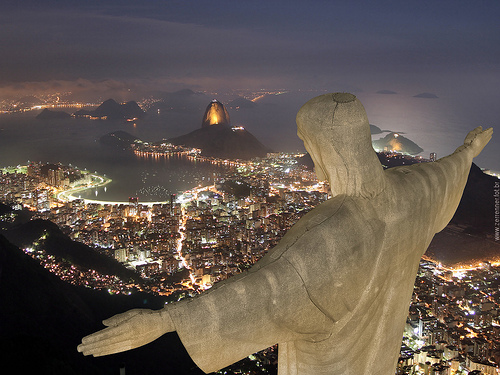 Engineering the twitterstorm has taken the combined efforts of over a dozen environmental groups and numerous other partners. Advocates are busy lining up a list of celebrities – from Robert Redford to Leonardo DiCaprio – to blog and tweet about the push. Over 2,500 have joined a special Facebook event to form a “Twitter Team” that will drive the push and actively target decision makers, as well as key influencers online. The homepage for the storm features graphics that supporters can use to replace their standard avatar photo.

All of these pieces may just be enough to break the world record for the most tweets of a single hashtag in a 24 hour period. Justin Bieber currently holds the world record with 322,224, over 223 tweets a minute. Organizers are confident that even if they can’t beat the Biebs they’ll be able to generate enough traffic to dominate the online airwaves during the G20 and in the lead up to Rio+20.

Since world leaders are still struggling to articulate a clear outcome from the Rio summit, ending fossil fuel subsidies could emerge as one of the key pieces of any Rio declaration. A strong commitment from world leaders would not only show a new level of seriousness towards ending these handouts, but it would also bolster badly needed confidence in the UN’s ability to manage a multilateral process.

Who knows, maybe even @JustinBieber will tweet #endfossilfuelsubsidies on June 18th?