Today hundreds of people  across New Zealand  buried their heads in sand to send a clear message to the New Zealand Government – get your head out of the sand and do something useful on climate change! With 12 events spanning the length of the country, and  timed to coincide with the United Nations climate talks in Lima, Peru New Zealanders used it as an opportunity to display their strong frustration  with the Government’s “all talk, weak action” stance on climate change. In Peru, the New Zealand Government is pushing against legally binding targets, while at home increasing support for fossil fuel extraction across the country and in deep waters offshore.

The events follows an emerging tradition of people burying their heads in sand in reaction to government inaction on climate change. In the last couple of months, hundreds of Australians in Townsville and then Bondi Beach took similar action, aimed at Tony Abbott’s climate denialism. 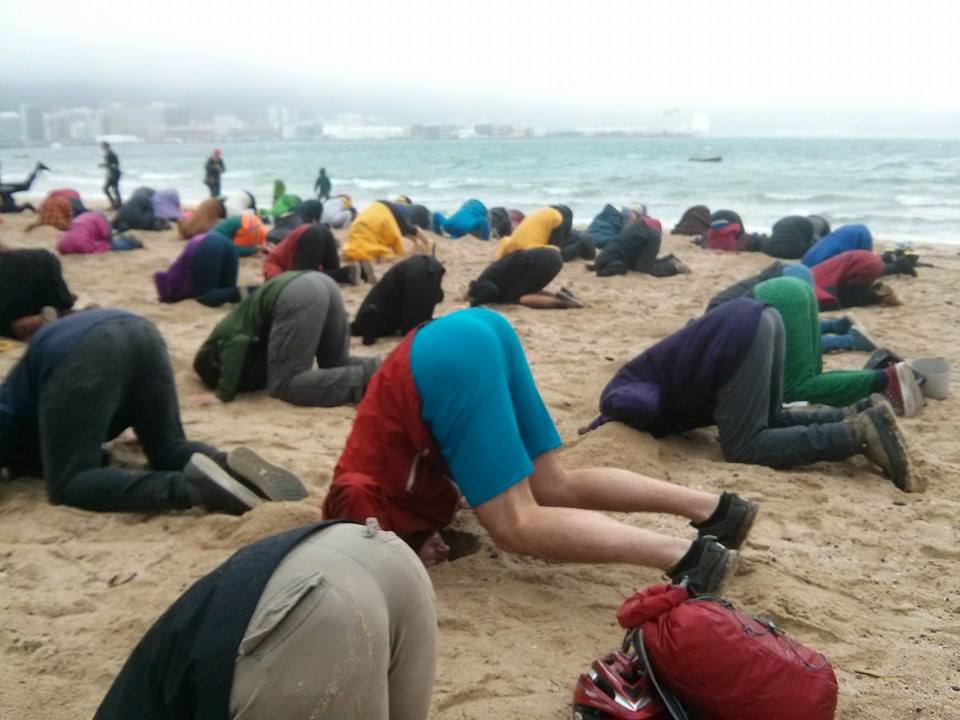 Wellingtonians braved not only the lousy Government climate policies, but also lousy Wellington weather to stick their heads in sand. On Waiheke Island, they left nothing to the imagination about their position. Photo: Peter Rees In Dunedin they also did a remarkable job of burying their heads in sand. Photo credit: Namakau Nalumango