Our region has been suffering from extreme heatwaves, droughts and massive fires that really bring the climate crisis to the forefront of all our minds. Last month, record temperatures hit most of Europe. Spain battled wildfires, and the UK Met Office issued its first ever red warning for extreme heat. This could even be the coolest summer of the rest of our lives (as many have pointed out on Twitter). But there are still ways for us to avoid the worst of the climate crisis.

In the UK we responded to the situation by joining in with the Trade Union Congress’ demand for a maximum indoor temperature for workers as there’s currently no law that sets this limit for workplaces, which means people are often forced to work in dangerously hot conditions.

Meanwhile, UK media largely failed to report the full picture, making no mention of the fossil fuelled climate crisis in stories about the heatwave. Hundreds of us sent letters to the editors of our local newspapers urging them to tell the whole truth. And we sent out advice for how to cope with extreme heat – including one of the most important tips of all: “Hold fossil fuel corporations and the banks that fund them accountable.” 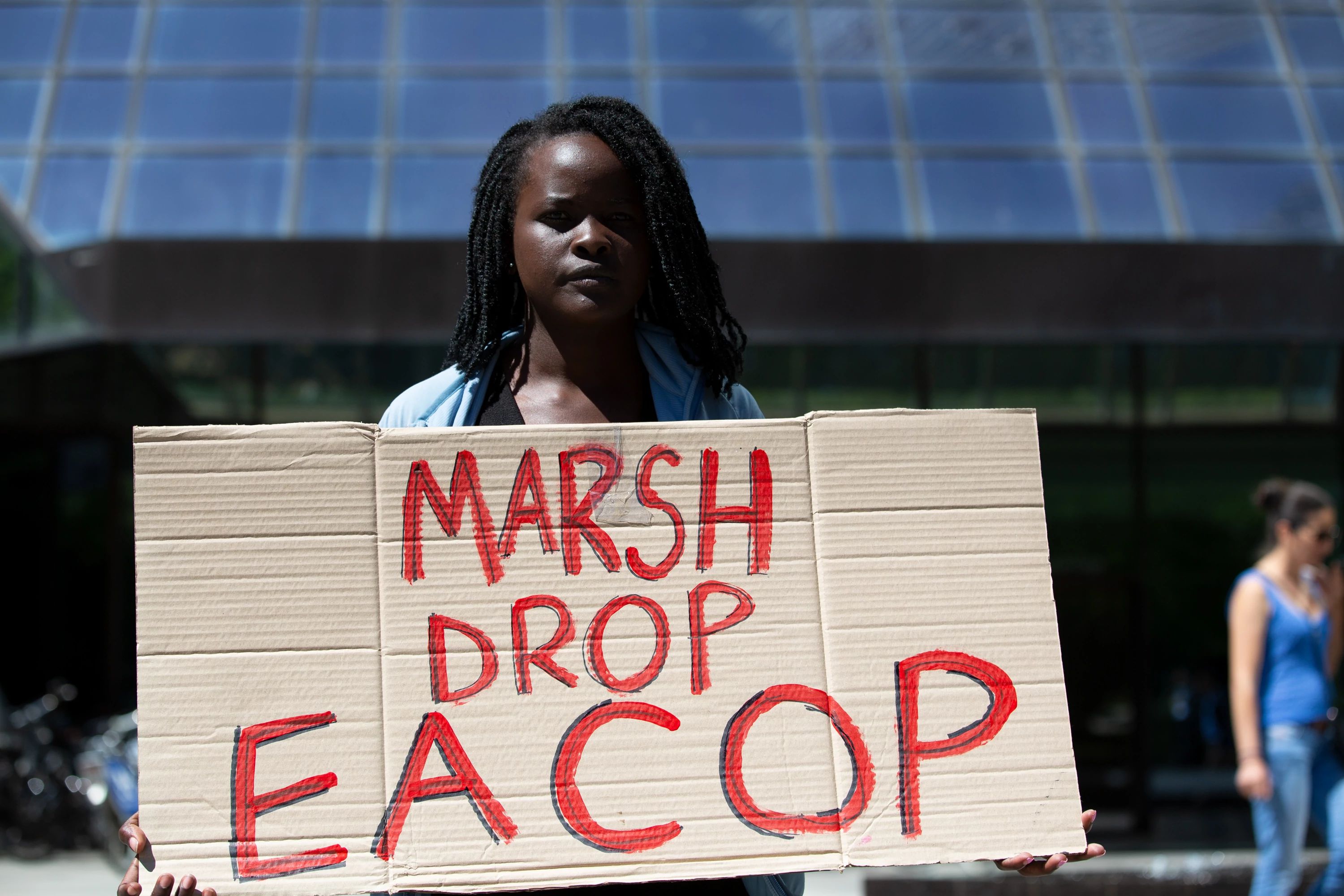 Right now, one of our key priorities is stopping the destructive EACOP oil pipeline which will run through the heart of Africa and risks the lives and homes of Ugandans and Tanzanians. And without insurance, a risky project like EACOP can’t go ahead. That’s why we’ve launched global campaigns together with partners that target the US insurance broker Marsh and the massive insurance market place Lloyd’s in the UK – demanding they stand against EACOP.

The StopEACOP resistance continues to grow in France where a group of activists infiltrated a Paris forum dedicated to finance to challenge the leaders of Axa and Amundi to reject the pipeline. And a new boy band, “The Bad Street Boys”, gathered in front of Amundi (Total’s largest shareholder) together with Patience, a Ugandan activist.

When Total announced obscene quarterly profits again last week our France team lead wrote about her reaction and reiterated our commitment to hold them accountable.

In Germany, we’ve been making sure our key target – fossil fuel funder Deutsche Bank – is really feeling the heat. And last month we helped organise a meeting between the head of Deutsche Bank and climate activists Luisa Neubauer from Germany and Evelyn Acham from Uganda to discuss the bank’s financing of the previously mentioned EACOP pipeline.

The two activists were strengthened by our voices – over 12,500 people from across the world had signed our petition calling on Deutsche Bank to stop financing coal, oil and gas companies. Until the bank commits to stop funding fossil fuels, we will keep increasing the pressure and lift up the voices of those most affected by the climate crisis. 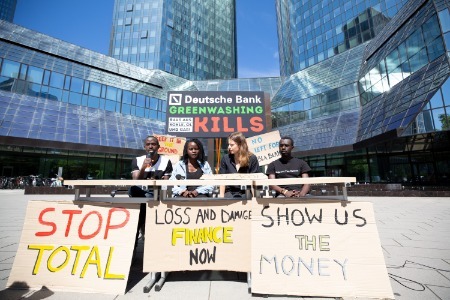 In the UK, we had some big political news as the Prime Minister Boris Johnson finally resigned. Good news! Or was it? Check out our UK team’s take on what this means for the climate movement and why it’s so important to double down on the fight for a Green New Deal. It’s a good job then that we held the first training weekend for Green New Deal Rising in June! 40 young people from across the UK came together to be skilled up on how to organise for a Green New Deal in their communities. And over the next few months they’ll be recruiting more people to the movement, gearing up to challenge MPs in their local areas and coming together for the second training in September.

In the Netherlands, our sister organisation Fossielvrij NL filed a groundbreaking lawsuit against greenwashing by Dutch airline KLM. The case argues that KLM’s ads featuring their “sustainability” claims including carbon offsetting are misleading, and therefore unlawful. The case has been getting huge amounts of media attention around the world, and airlines everywhere are going to be paying very close attention to what happens next. Now, we are waiting to hear what KLM has to say for themselves. You can help boost this exciting initiative by signing the petition. 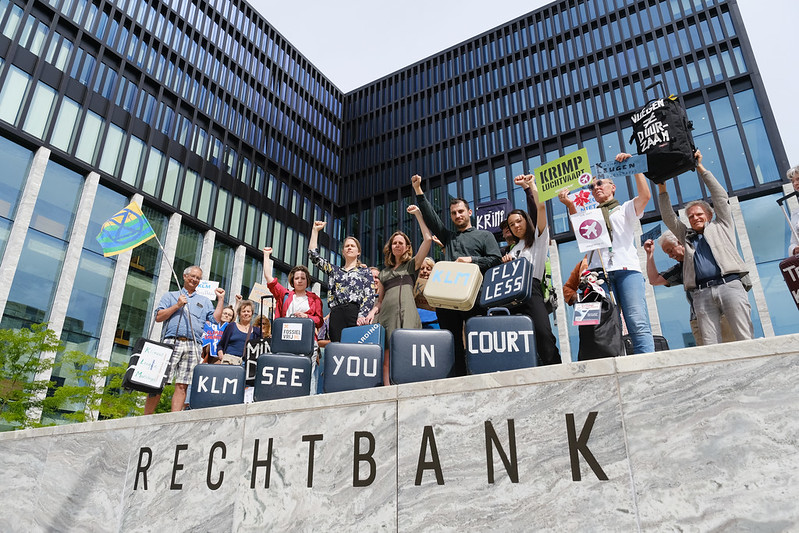 Sadly we had some disappointing news in Europe, as the EU’s outrageous proposal to label fossil gas as a “green” investment passed. It’s absolutely shocking, but we’re in talks with partners on steps we can take to reverse this unacceptable policy.

We’re making considerable impact together all the time and we’re taking the setbacks in our stride. There is still so much to fight for and many ways we can win. So let’s keep going!