I just sat down for a breath after an epic demonstration of unity for climate, jobs, and justice in Washington DC, and there are marches across the country still happening. Just look: 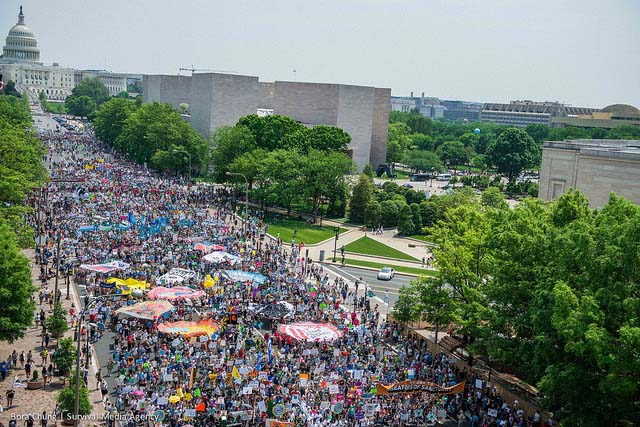 200,000 people took the streets in Washington DC for climate, jobs, and justice. 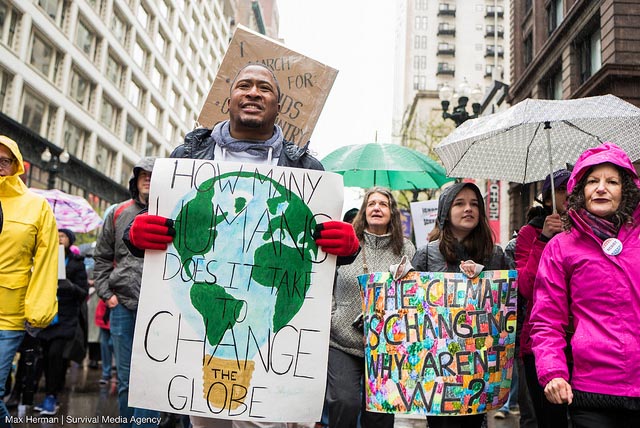 Hundreds of sister marches are happening from coast to coast in the United States, and across six continents. Chicago’s march is pictured above. 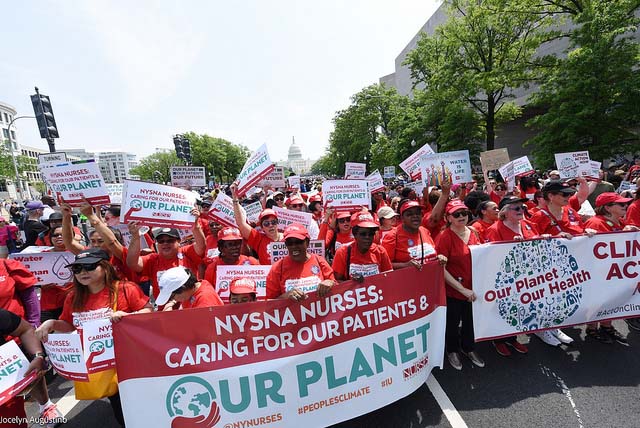 Nurses from across the country joined the march because the climate crisis is a health crisis.

See more of the best photos so far and share them to make sure our message of hope and unity spreads as far as possible.

The first 100 days of Trump’s Presidency have been hard. But today I can’t help but be filled with indomitable hope: we’ve marked the 100th day with unyielding resistance, creativity, and heart.

Today in the streets we are proving that we will continue to mobilize against Trump’s fossil fuel agenda. And this is only one part of the picture: the March for Science last weekend, and Monday’s May Day strikes show the resistance will continue on many fronts.

We’re on the precipice of launching an ambitious new grassroots push to stop every new fossil fuel project on the table and build 100% renewable energy in towns and cities nationwide. What we are doing today gives us real leverage to get there.

There are always holes in the Death Star, and we will keep looking for them – on the 100th day and the 1,000th. Who knows what we’ll find.

We are persisting, and that will make all the difference. Thank you.