Fossil Free News is published every 2 weeks. Sign up for more news updates delivered straight to your inbox.

Record blazes: Australia’s devastating fires are set to keep burning into the coming weeks and months, despite some relief from lower temperatures this week. Over 10 million hectares have now burned. One climate scientist lamented, “It’s likely the forests won’t be coming back as we know them.”

Outrage continues over politicians’ failure to address the root causes of this climate disaster as they cling to coal. Reports show the Australian government buried response plans and even under-resourced firefighters in the months prior. This on top of years of climate inaction and ongoing commitments to expand the fossil fuel industry. 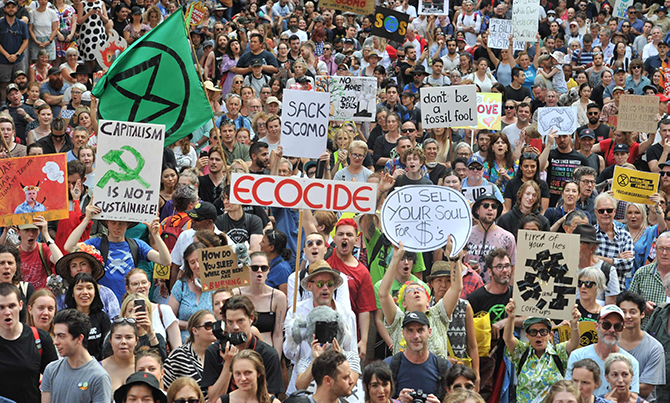 On Friday, January 11, 10,000 people joined a rally outside Sydney’s town hall in response to the fires. Photo: Mohammad Farooq/AFP via Getty Images

This Friday, January 17, solidarity vigils in support of affected communities are planned across Australia and at embassies, consulates, and other locations worldwide. Join one in a city near you, and donate to relief efforts through the Red Cross, WIRES, or Fire Sticks Alliance.

Extreme floods: Torrential monsoon rains – made worse by climate change – marked the turn of the decade in Indonesia. Close to 180,000 people were displaced in Jakarta and West Java from flooding. It was the heaviest rainfall since record-keeping began in 1996, and 66 people died. Read more

Happening now, fatal flooding is leaving a wake of destruction in Angola – and more rain is forecast over the coming days. More

Demands at Davos: Twenty-one youth strikers including Greta Thunberg issued concrete demands for financiers to respond to climate devastation happening around the globe at next week’s World Economic Forum in Davos, Switzerland:

Activists will complete a 3-day winter hike from Landquart to Davos to pressure CEOs and other summit members with a climate strike. 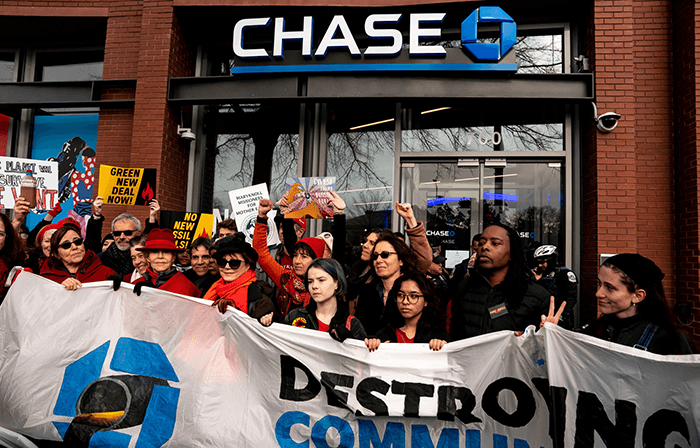 End fossil finance, now: Expect even more pressure on the finance world in the new decade. A new Stop the Money Pipeline coalition just launched in the U.S., and it’s already taking on the biggest lenders to the dirty energy industry.

In Canada, 29 youth occupied the Toronto offices of the main financiers of the Coastal GasLink pipeline, in solidarity with Wet’suwet’en land defenders.

Tennis star Roger Federer’s sponsorship with Credit Suisse bank was thrown into question by activists as the Australian Open begins today in Melbourne.

And the #SiemensFuelsFires campaign – a collaboration between #StopAdani campaigners and German Fridays for Future activists – is calling out the multinational’s business with Adani for its coal mine in Queensland, Australia.

These women remind us that however daunting the climate crisis is, we are not powerless. Meet the all-female Indigenous firefighting crew protecting communities in Australia. Read more 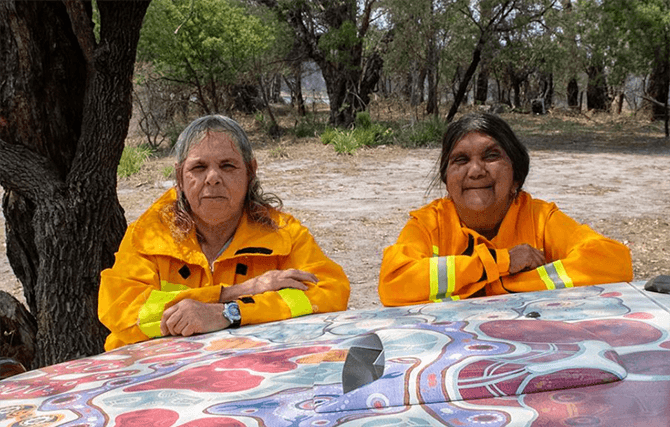 It’s a new decade – and that means big plans to make the fossil fuel industry pay for climate justice. Are you ready for 2020? Now is the time to get involved.

That’s all for now! Make sure to sign up for more updates and climate movement news from 350.org.