This comes during the second week of the People of NY v. ExxonMobil trial, where state Attorney General Letitia James — both the first woman and the first Black NY attorney general — has brought Exxon to court for lying to its shareholders about the dangers of climate change and using two sets of books accounting climate-related risks.

Absurdly, during his tenure at Exxon, Rex had a secret alias: Wayne Tracker. Tillerson used his Wayne Tracker pseudonym to communicate all things related to climate change. He then left his Exxon post to serve as Trump’s Secretary of State before getting the boot from the increasingly oily and corrupt administration. This guy is as shady as it gets. 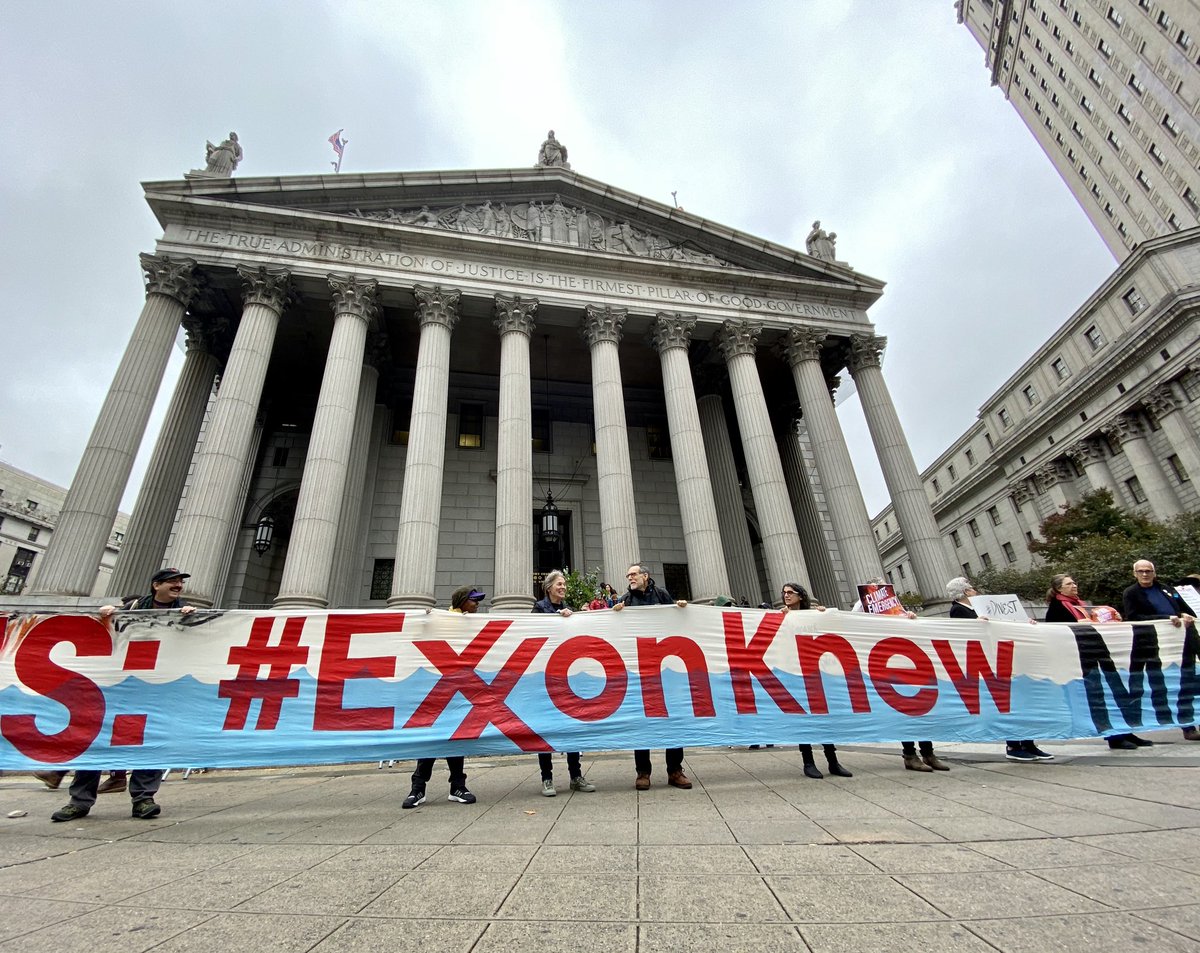 Over 50 of us showed up on the trial’s opening day to bring a loud and clear message:
#ExxonKnew and it’s time to #MakeThemPay.
Photo: Erik Larson, Bloomberg

Here in New York, and around the world, we’re hustling to make sure it’s people like Rex Tillerson — not our communities — who pay for the care and repair that comes with climate chaos.

The NY v. Exxon case is historic but the fight to hold fossil fuel billionaires accountable doesn’t end with the outcomes of this trial. It’s going to take all of us, using every tool we have — from litigation and lawsuits to Congressional sit-ins and local organizing, and beyond — to make sure the likes of Exxon and Rex Tillerson pay for their lies and destruction.

As we commemorate the seventh anniversary of Superstorm Sandy, and wildfires rage through California and the West, my resolve to hold the likes of Exxon accountable is only getting stronger.

To keep fighting this fight we need support from people like you who oppose the greed and destruction of ExxonMobil and the fossil fuel billionaires like Rex Tillerson. Can you contribute to this work today?