During the month of August, we saw shocking numbers from the fossil fuel industry as each big oil giant came out publishing their profit statements and showing that as the climate impacts worsen and our cost of living rises, they continue to rake up billions at the cost of our dear planet and people!

It’s time for us to reunite with energy and ramp up the pressure, and the next weeks will be of flourishing and inspiring action! August ends with a series of sessions led by experienced organisers from all over the world, on the Climate Justice Conversations. In September, we will see a new wave of Global Climate Strikes shine, and activists will get together in an exciting Climate Justice Camp to prepare for COP27.

All over the world, the climate movement is raising our voices to put an end to the destructive fossil fuels era. Come with us on this issue to know more about what happened in the last month, and how you can join us for what comes next!

Why don’t you join our Fossil Free mailing list for all the latest stories on climate organizing from around the world. Stories that matter. Campaigns that inspire. All delivered directly to you every month.

IN CASE YOU MISSED IT

A victory for the US with a new climate package

This historic win is a testament to the power of long and sustained pressure of our movement: last week, the US has approved a multibillion dollars climate bill that will help the country meet its Paris Agreement goals. It’s not everything we need, but it’s certainly a step in the right direction.

The passage of this bill is so timely as climate impacts worsen for many regions not just across the US, but across borders. With COP27 fast approaching, we must continue to build on such momentum and use our voices to demand the end of fossil fuels in the US and everywhere.

Adios to the insurers

Say it with us: ADIOS!

The East African Crude Oil Pipeline (EACOP) has had 3 more insurers – Argo Group, Axis Capital & RSA Insurance Ltd, drop this criminal project. A happy moment for the StopEACOP campaign as more institutions distance themselves from this destruction. The current numbers are 11 insurers, 20 banks and 4 export credit agencies saying they want nothing to do with the pipeline.

With these companies ‘leaving the group chat’, it gives us hope that our actions against such a project are creating the momentum to end this injustice that extends to violating basic human rights, water sources, and the livelihoods for millions of people in Tanzania and Uganda. 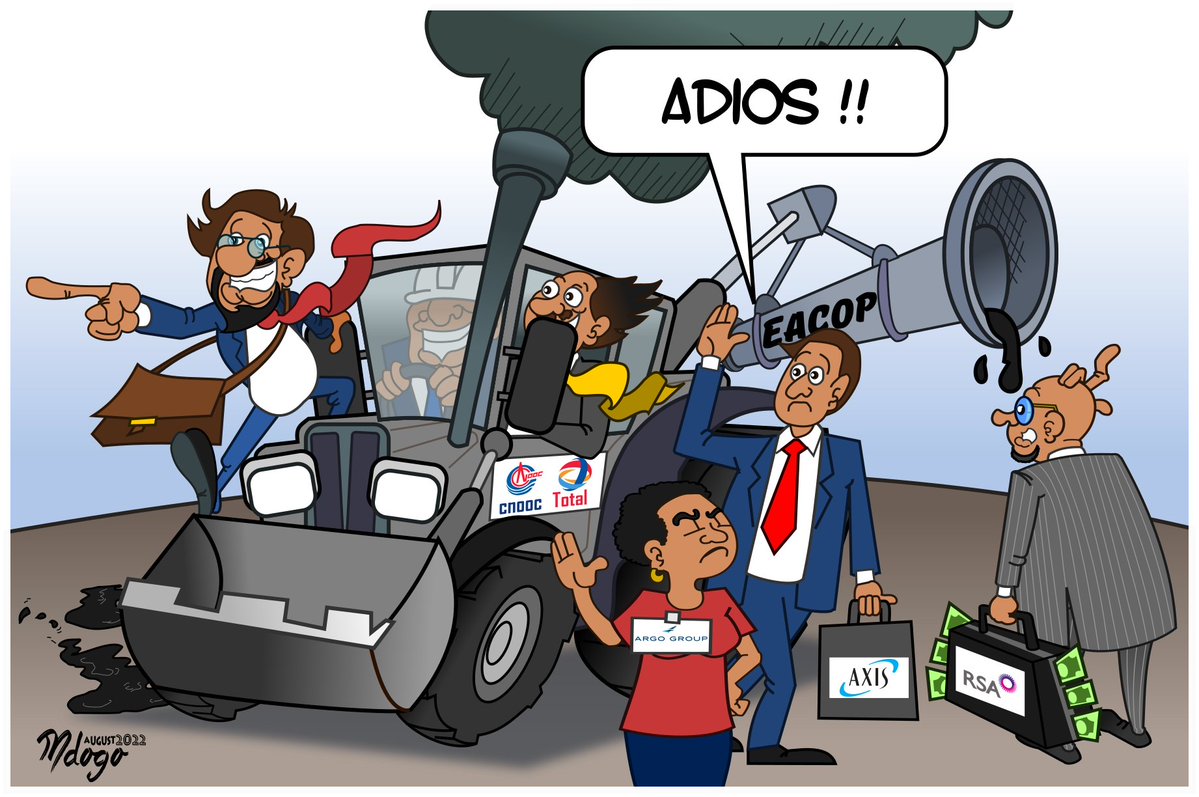 The Accident Compensation Corporation (ACC), one of Aotearoa’s major public investment funds, is using over $700 million of public money to line the pockets of dirty fossil fuel companies. Last month they released the new Direct Investment Exclusion List, and by the looks of it they will continue to neglect its responsibility as one of the largest public funds in the country to divest from fossil fuels.

Volunteers and activists took to the streets to educate the public on ACC’s role in fueling the climate crisis, and organised actions outside ACC offices to show them we mean business. The movement is growing and our voices are rising with it, the era of fossil fuel is over. Learn more to see how you can support them.

BILLIONS OF DOLLARS. That’s how much the biggest fossil fuels companies in the world have profited only in the last quarter. Yeah, that’s right – while millions of people worldwide are facing floods, fires and heatwaves, those wrecking our climate are making huge amounts of money. To add on, there is a food crisis and the rise in costs of living – it’s all just insane! 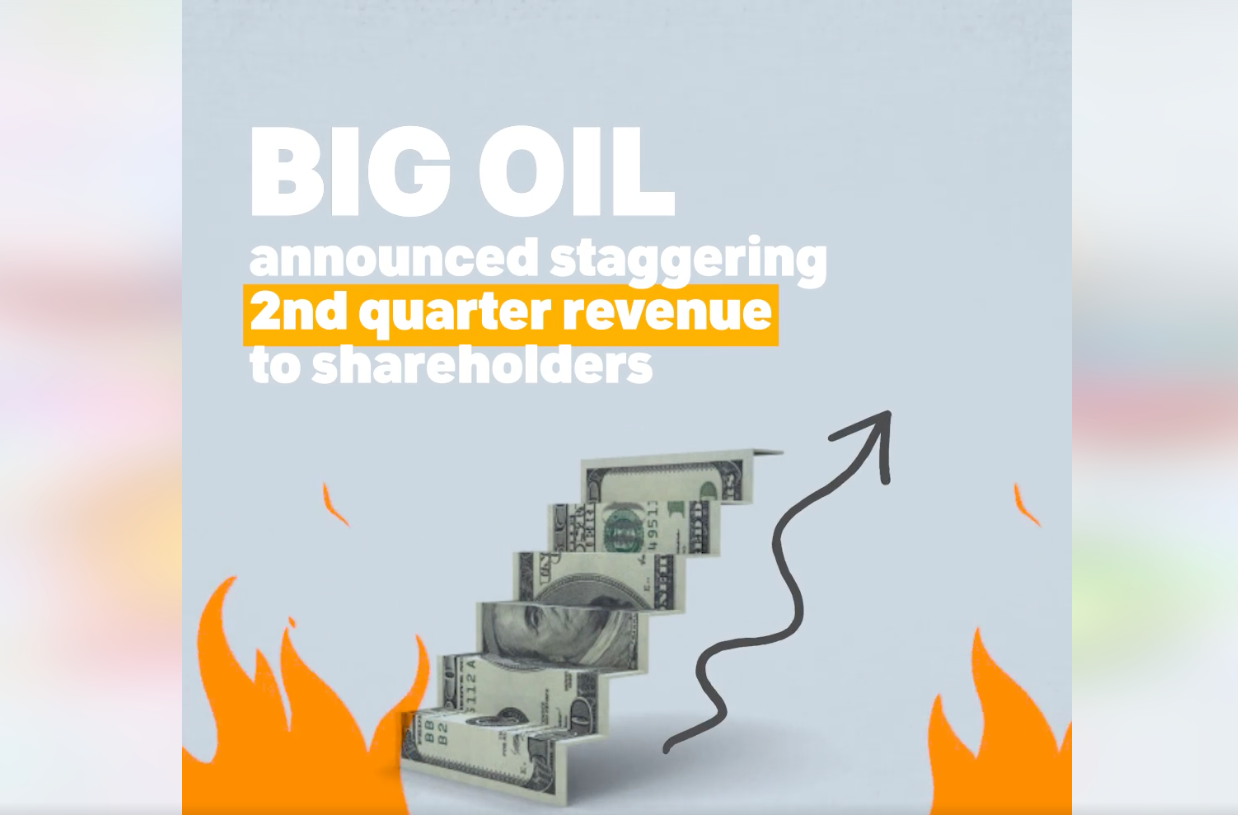 How’s your next week looking? We have the perfect plans for you!

350.org is hosting a Global Trainings Week with open training sessions on September 1st and 2nd to share perspectives on the moment with on-the-ground activists from all around the world. The idea is to offer voices from across the movement on where we are now, and where we need to go next. This is your chance to reconnect and work towards making a bigger impact on climate change. We will have sessions available in English, Spanish, Portuguese and Turkish.

We’re super excited for these powerful meetings, and we are hoping you will join us!

Tired of the lies from the fossil fuel industry? We are! And one of the most powerful ways to fight disinformation is to debunk it. Remember knowledge is power, so let’s tap into that energy and stay knowing. Greenwashing is a term coined to give a name when “a company purports to be environmentally conscious for marketing purposes but actually isn’t making any notable sustainability efforts.” Our current reality is that ‘greenwashing’ is driving our descent into climate catastrophe, and we need to put an end to this. Put the spotlight on polluters!

QUOTE OF THE MONTH

Climate change is not only a science issue. It’s not “just” an environmental issue. It’s a health issue, a food issue, a water issue, and an economic issue. It’s an issue of hunger and of poverty and of justice. 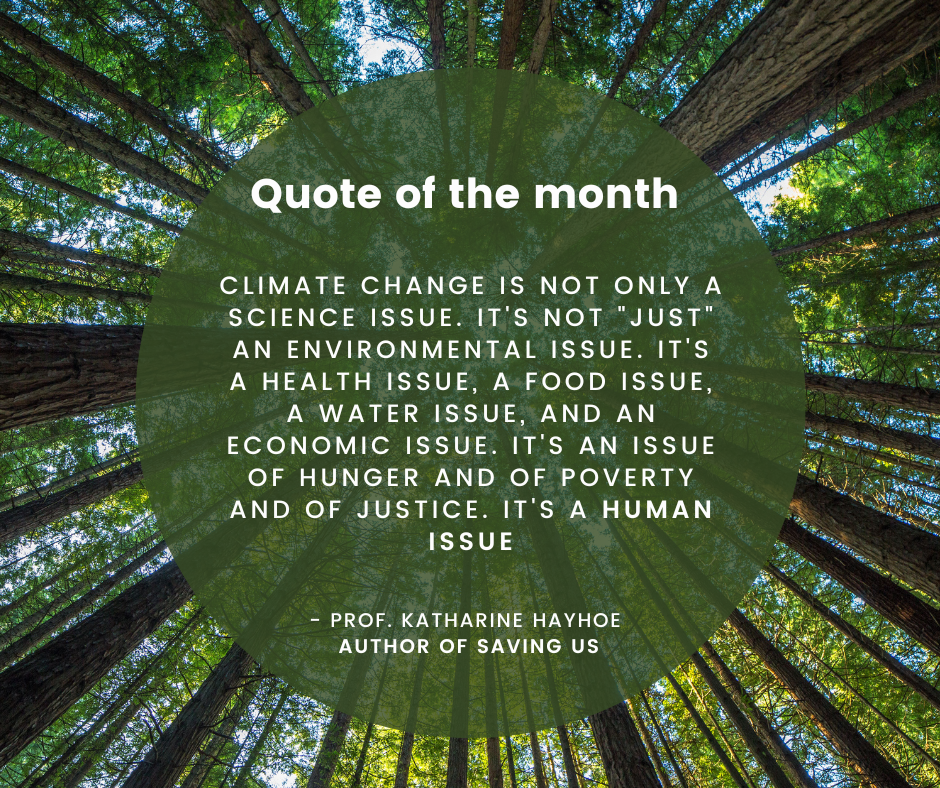