From July 3rd to 5th 2015, people across Canada showed that we are building the kind of climate movement we need: broad, diverse, and powerful.

On July 5th, in a spectacular demonstration of unity and solidarity, over 10,000 people marched together in Toronto for Jobs, Justice and the Climate. This mobilization brought together a truly diverse coalition, from frontline Indigenous communities to Canada’s largest public and private sector unions, students, social justice organizations and grassroots groups mobilizing against destructive industries. 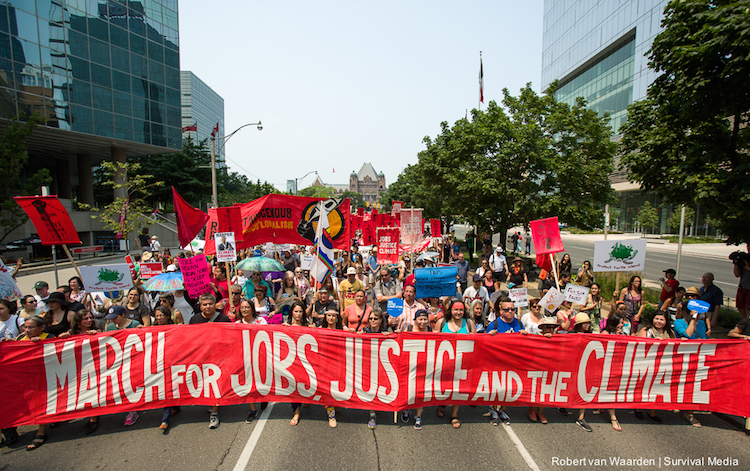 As organizer, Syed Hussan from No One is Illegal put it at the opening assembly: “We want to be free of the terror we feel when we think of the future of our children and the next 7 generations. When we stand together, we have the power to bring change.”

The march was just the final exclamation point on a weekend of deeply moving action.

On Friday July 3rd, students in 5 major Canadian cities staged sit ins at the offices of Members of Parliament to demand that these MPs make meaningful climate action a top priority for the next Prime Minister. Some stayed for hours on end, refusing to leave until they got the answers they need: 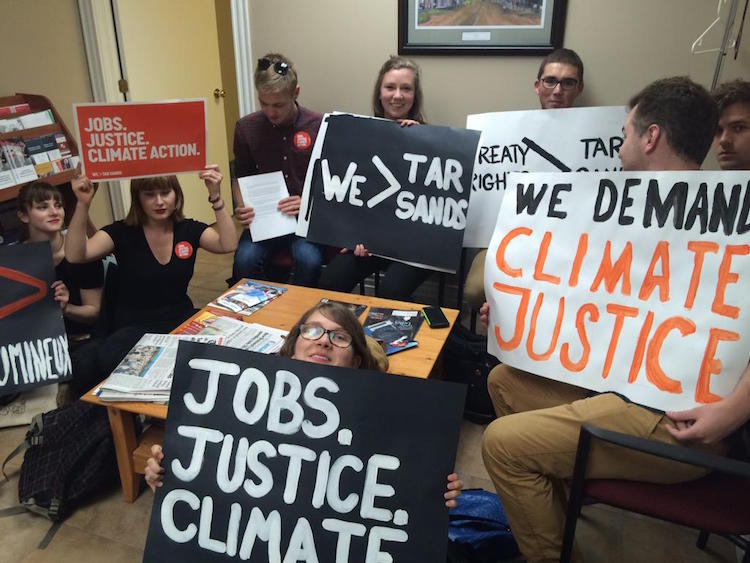 Then, on Saturday July 4th, communities across Canada mobilized to declare that we, the people, are greater than the tar sands. These are communities that have been dedicated to organizing in opposition to local tar sands pipelines, fracking, off-shore drilling and other fossil fuel projects taking place near their homes — and together they showed how we’re all engaged in a common struggle: 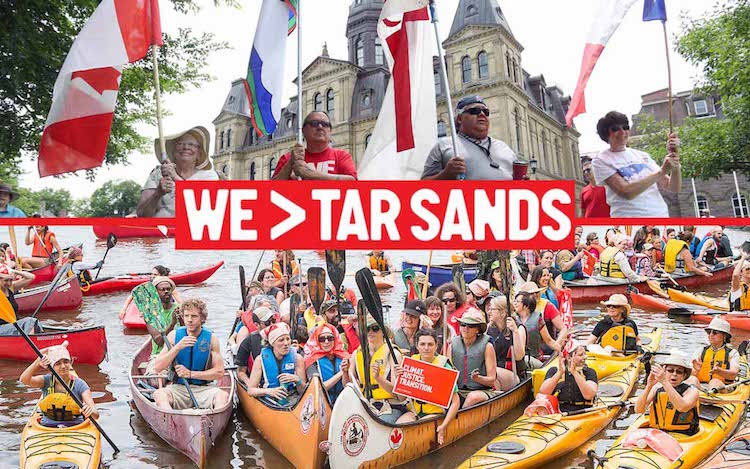 Together, we share a vision for a new, better economy: one that doesn’t expose their local economies to volatile oil market, respects the rights and title of local First Nations, and the limitations of our climate.

This is a big deal. It’s not just the usual suspects that are taking to the streets anymore. We have reached a turning point that will lead us closer to climate justice.

We are going to use this momentum to keep building the movement we need. It will require more hard work and sacrifice from us, but together, anything is possible.

In Respect and Solidarity,

On July 5th, over 10,000 people marched together through downtown Toronto to call for real action on jobs, justice and the climate. The march brought together the coalition we need to confront climate change: labor, immigrants, environmentalists and social justice leaders of all kinds.

Click here to see photos and updates from Toronto

4 Reasons to get Excited for July 4th

There is no excerpt because this is a protected post.

On Amazon Day, we reflect on three key events from recent months where Indigenous and Traditional communities have resisted fossil fuel companies