‘A dismal failure’: The 25th UN climate talks (COP25) ended on Sunday, after three tense days of final negotiations. In the end, the weakened text failed to curb coal, oil, and gas, as powerful countries with vested fossil fuel interests blocked progress. Protesters, voicing the demands of people across the world to stop polluters, were kicked out of the summit last week. Many big issues on how to implement the Paris Agreement were left until next year’s conference, COP26 in Glasgow, despite the urgency to take action. 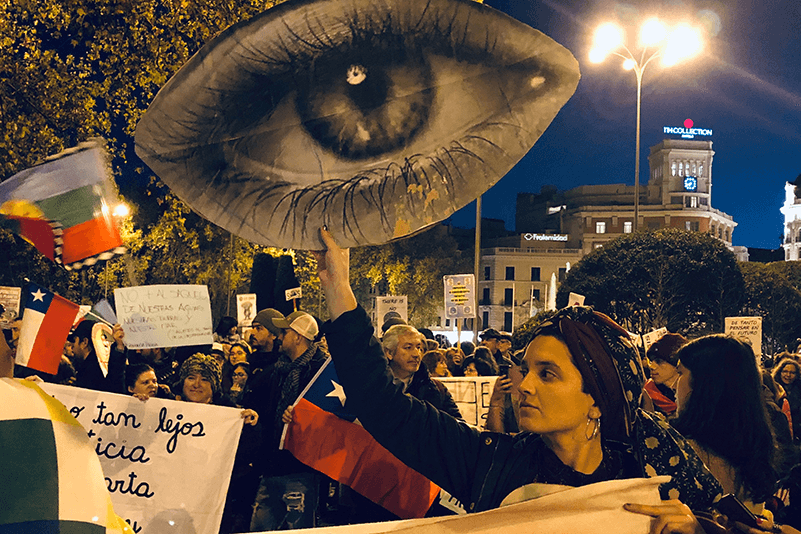 A protester at the Madrid march holds up an eye to say “we are watching.” Photo: Hoda Baraka

More than 500,000 people marched for climate action in Madrid and Santiago on December 6. And throughout the two-week summit, young activists from all over the world showed incredible leadership and moral clarity. Greta Thunberg summed it up well in her speech:

“I’m telling you there’s hope. I have seen it. But it does not come from governments or corporations. It comes from the people.” 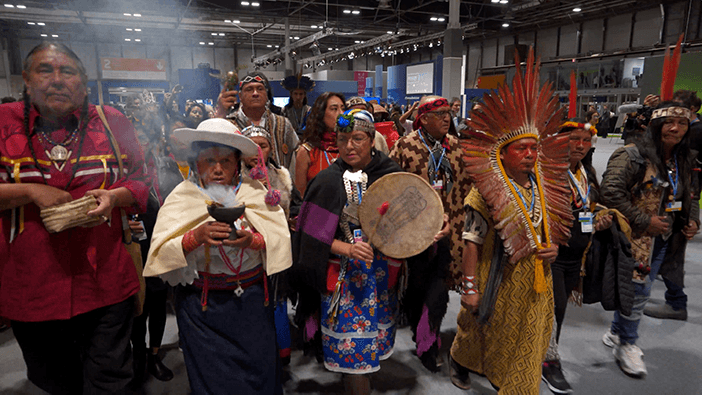 Indigenous voices: Indigenous leaders from across Latin America made themselves heard at COP25, despite the last-minute change of location to Europe. In a beautiful ceremony, they delivered a climate letter demanding that Indigenous consultation become an official part of the negotiations. It also warned against carbon markets – a big point of debate in the negotiations – as a false solution. Meet some of the leaders and learn about their journey to COP. 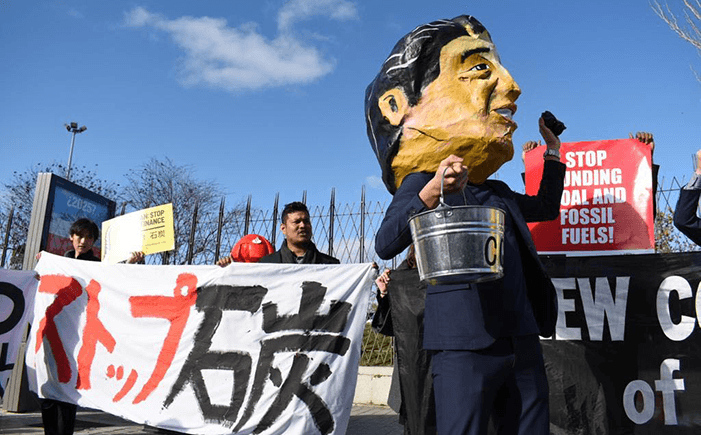 Activists call out Japan for their coal financing with a papier-mâché mask of Prime Minister Abe. Photo: Hanae Takahashi, Friends of the Earth

Bankrolling coal: New research unveiled at COP shows investors have spent $745 billion on new coal development since the 2015 Paris Agreement. More than 1,000 new coal plants are planned worldwide – even though the UN Secretary General himself has called for no new coal by the end of next year.

37,000 people from around the world signed on to a petition to end fossil fuel finance, which was delivered at COP. Expect bank headquarters and fossil funders to be big campaign targets in 2020. 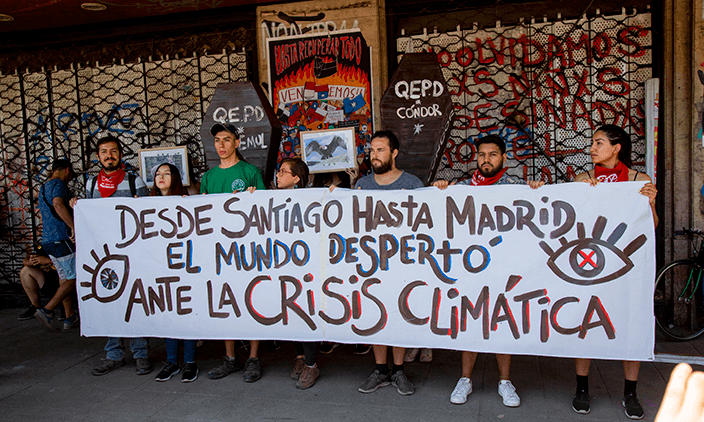 The December 6 march in Santiago was coordinated with the nighttime march in Madrid. Photo: Fina

Chile: Communities gathered throughout the two weeks for performances, workshops, and actions at the People’s Climate Summit and the Social Summit for Climate Action. With input from groups across Latin America, they launched the Manifesto for the Climate, with policy demands to solve the social and climate crises. Read about all the amazing COP25 action in Chile. 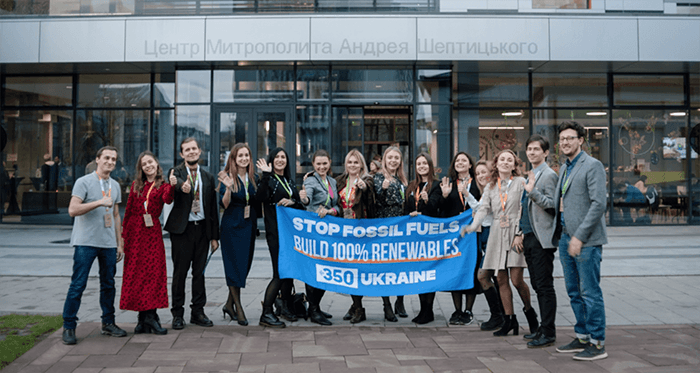 Local change: Fuelled by activism, cities are stepping in to stop the climate crisis where global UN processes are failing. 24 cities in Turkey – including three of the top five most populated – made an official pledge to fulfill their Paris Agreement responsibility to keep warming under 1.5˚C by 2030. And two more communities in Ukraine have declared new plans for 100% renewable energy: Trostyanets and Baranivska.

Make no mistake: This COP was a failure because many politicians and delegates protected the interests of the fossil fuel industry. Never has the disconnect from the scientific imperative been so wide. But the scale of people power was also unmatched. Watch these beautiful scenes from the summit – and let them inspire you to take action in the weeks ahead.