Fossil Free News is published every two weeks: sign up now to receive it straight to your inbox.

#CutAllTies: As politicians headed to work yesterday morning, 350 Australia activists shone a light on the insidious influence of the coal lobby over Parliament. Bushfire survivors and Pacific Climate Warriors converged in Canberra, the capital, to create a “Trail of Destruction” of burnt debris from Parliament House straight to the Minerals Council office just 800 meters away. 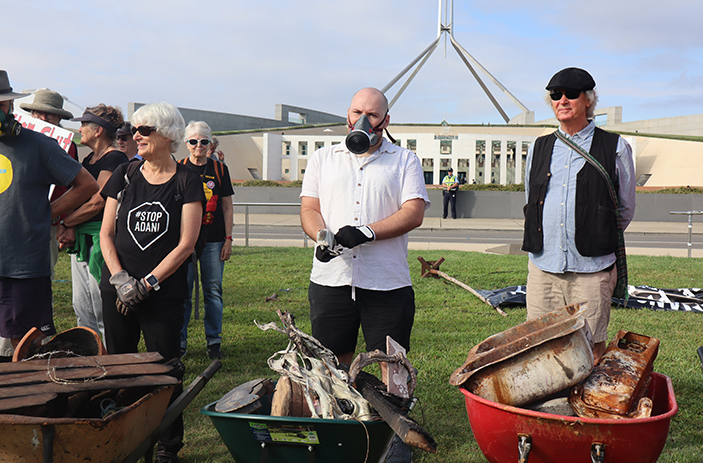 350 Australia is calling on the Minerals Council to step out of the way and make room for Australia’s urgently needed transition to 100% renewable energy. Their first target Rio Tinto is a powerful player in the coal coalition, but one of the most vulnerable to international pressure. You can urge Rio Tinto to leave the Minerals Council and sway others by signing on to the global petition now. 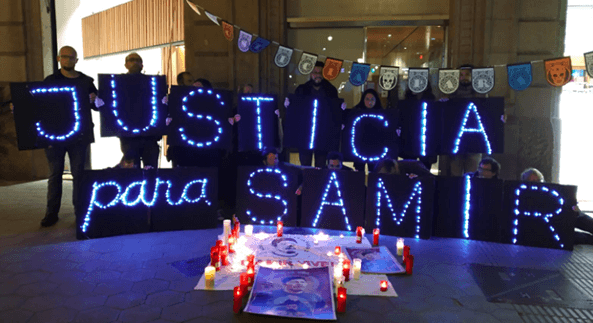 Indigenous activist Samir Flores was murdered for fighting a fossil fuel project in Mexico. People around the world came together in vigils for Samir after his death. Photo: Gastivists, 2019

Climate Defenders: A new report spotlights 10 shocking cases of human rights abuses among thousands by fossil fuel companies from around the world. From the forced removal of communities in Turkey to make way for coal; to restrictions on the right to protest in the United States; to contamination of Indigenous waters in the Ecuadorian Amazon: fossil fuel extraction endangers local people and their ways of life. Find out more – and watch the featured video below to hear directly from Climate Defenders about the resistance. 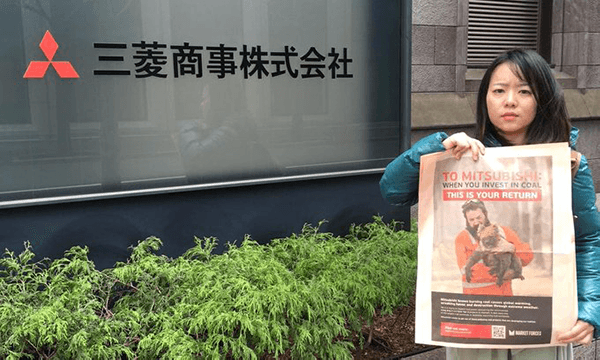 An activist outside MUFG’s Tokyo headquarters connects the bank’s coal investments to devastating bushfires in Australia.

Moshi Moshi: Japan is rushing to build out new coal at home – and 3 of its biggest banks are set to fund hundreds more coal projects around the world. An innovative new campaign is helping people in Japan to get on their phones and tell Japan’s big banks to stop funding coal, the world’s dirtiest fossil fuel. You can send a letter right now to demand Japanese banks stop funding Vung Ang 2 coal plant in Vietnam. 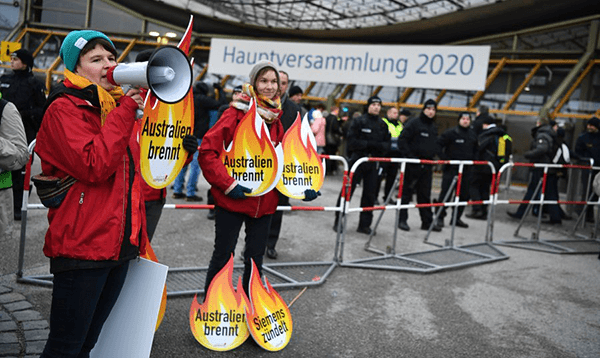 Campaigners outside the Siemens AGM in Munich, with signs reading “Australia is burning.” Photo: Campact!

Siemens fuels fires: German activists stole the headlines as technology giant Siemens held its Annual General Meeting in Munich last week. Outside the conference center and online, they demanded Siemens stop providing signalling technology to the Adani mine’s railway. Indigenous leaders from the Wangan and Jagalingou Family Council in Queensland spoke out about Adani’s failure to properly consult traditional owners about the mine. Siemens is still sticking with its plans: but the fight to Stop Adani continues. More 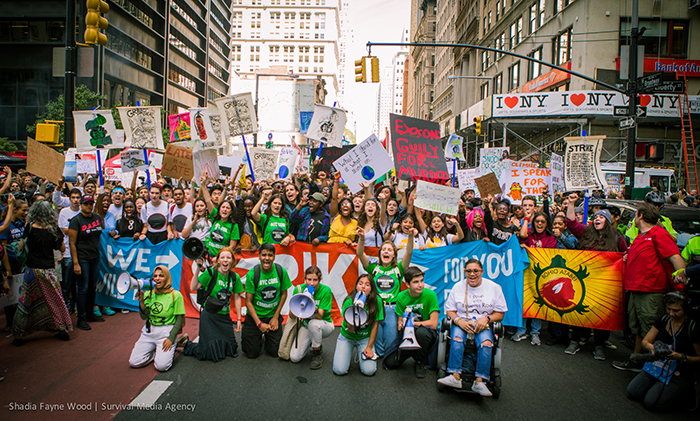 NYC fossil fuel ban: New Yorkers are celebrating as Mayor Bill de Blasio announced a monumental new ban on all new fossil fuel projects within the city. This is the largest municipal ban announcement of its kind in the world, building on a mounting global movement for a just transition off fossil fuels. The ban is energizing the communities still hard at work stopping dangerous projects like the Williams fracked gas pipeline.

“As a Pacific Island woman… I urge the Australian government to immediately cease its support for the fossil fuel industry.”

Jacynta Fuamatu, a Samoan artist and activist living in Australia, explains how Pacific communities keep standing up in the face of destruction from climate-induced disasters like the ones now hitting Australia. The answer? Cut all ties with the fossil fuel industry. Read her powerful words

Climate Defenders on the frontlines of fossil fuel extraction are standing up for their communities and our climate. Listen to their stories, and stand with them by sharing on this new 3-minute video.

That’s it for now – I’ll see you again in two weeks with more Fossil Free News from around the world. If you haven’t already, be sure to sign up to receive this newsletter straight to your inbox.