I have been a climate activist for two decades now, and have been at 7 UN Climate Summits (COP). I’ve always considered that one of the things that makes these conferences so special (and why I do awkwardly love them) is that they’re somewhat a “mini-world”.

They’re not only a space where one gets to meet some of the most amazing activists, incredible scientists, skilled journalists and inspiring negotiators (alongside, obviously, fossil fuel lobbyists, lame politicians and disappointing world leaders). Because of the intensity they trigger, the COP mini-world is like a photographic developer. It puts our politics and commitments at test, and reveals how genuine and strong these politics and commitments are. And COP27 was a hell of a test. 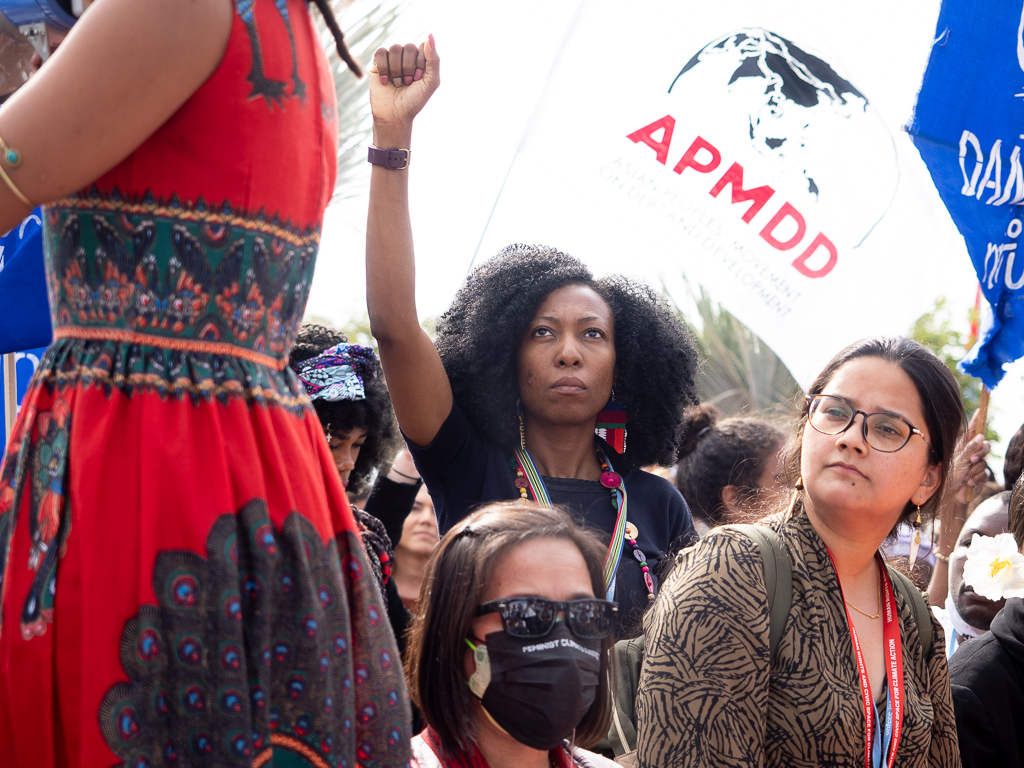 People protesting in one of the many civil society actions organized inside the COP27 venue, in Egypt. Photo credit: Nicolas Haeringer

During the two weeks of COP27, 350.org contributed to organizing mobilizations and actions led by civil society, in a country that has one of the most oppressive political regimes. It wasn’t a calm journey, even if these actions were happening inside the UN space. Yet we did not back off. Pretty much the opposite: we stepped up and took our full share of making sure to expose the Egyptian government’s giant PR operation for greenwashing its infringements on human rights and civil liberties (labelled by Human Rights Watch as akin to crimes against humanity).

The climate justice movement has managed to take the lead on setting the agenda, not only on naming the fossil fuels industry as the root cause of the crisis (despite a poor outcome, 84 countries have officially backed the necessity to fully phase out from all fossil fuels in a UN arena! Including some major coal, oil and gas producers like the EU, UK, US and India, following the lead of countries like Tuvalu) or on loss and damage (the agreed text which creates a fund for reparations to particularly vulnerable developing countries is a direct outcome of years of mobilizations!) — we’ve made it about human rights; about the 65,000 political prisoners jailed in Egypt; about freedom of expression and assembly being inextricably connected to climate justice.

We didn’t back off: we stepped up and supported fellow activists calling for human rights in Egypt and elsewhere, so that their voices became the most visible and loud voices of those two weeks. 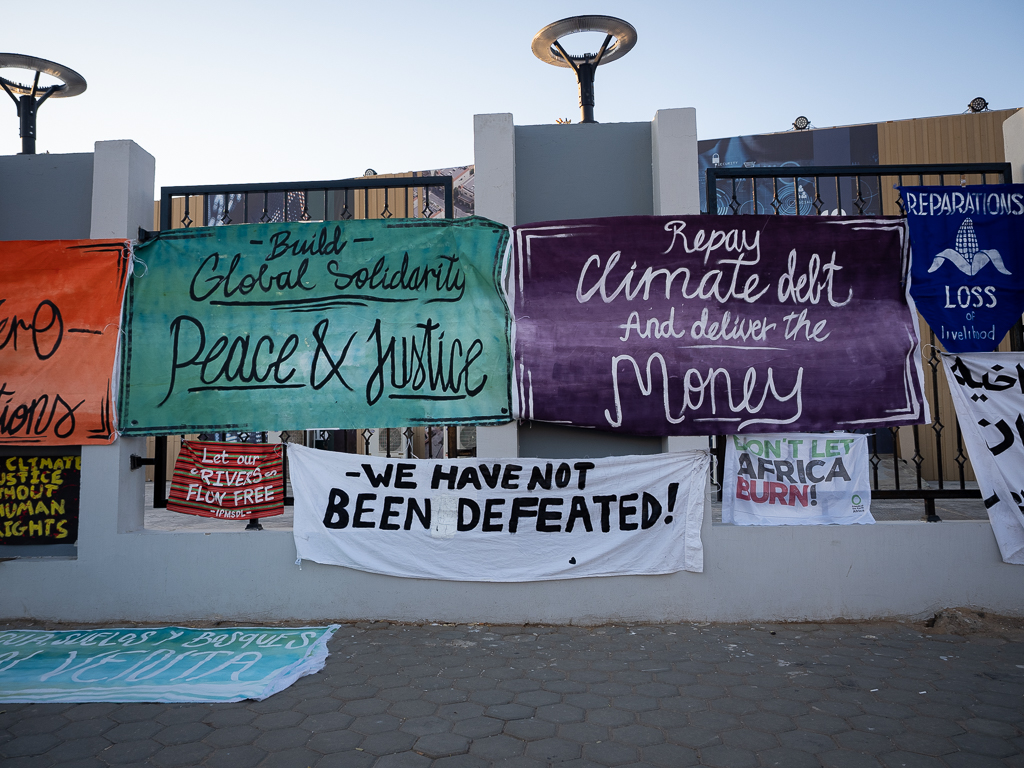 We didn’t back off, even if some external observers were wondering why we were focusing on a situation that was, to them, a distraction from the fight against climate change. We didn’t back off, because this is precisely what climate justice looks like. Or, in the words of Sanaa Seif, sister of Alaa Abd el-Fattah, one of the most prominent prisoners of conscience in Egypt:

“Together, we can break the walls of fear. Our horizon is freedom. Until this is achieved once and for all, every day we survive, every prisoner made free matters and is worth our efforts, just like every tenth of a degree matters. We have not yet been defeated, and we won’t ever be defeated”

This COP has tested what our commitment to climate justice means, and how far we’re ready to go in the name of solidarity. I feel proud of every activist who was present at COP27, I feel proud of the unity and empathy the climate movement has shown to ourselves and the world, and I feel proud of 350.org’s role in this movement — because it means so much to be a movement player under such difficult, movement-hostile, circumstances. What we did was exactly what movements are supposed to do.

COP27 ended with the creation of a fund for Loss and Damage, with rich countries agreeing to compensate vulnerable by the deep and hard impacts they are already suffering due to the climate crisis — something that we as a movement have been fighting for for many years! This outcome was a good reminder that COPs are not vain, and that if used smartly, these two weeks can reinforce, support and amplify what we’re doing during the other 50 weeks of the year. So I’m leaving COP27 exhausted, but with my heart full of movement energy.