350.org has started a campaign to gather organizer stories from around the world, and share them with our network. After all, we’re a global movement, and stories matter. Have a story you’d like to share? Head over to local.350.org/stories. The following comes from Karissa, who goes to the University of Waterloo, in Canada.

“Flash mobs are a wonderful way to bring people together. We might start as strangers, but for 10 minutes we all agree to leave our comfort zones behind, and join together in ridiculousness.” said The Everyday Radical member Karissa Alcox. “Some might say a flash mob is a ridiculous way to draw attention to a cause. I agree! However I also think a lot can be accomplished through silliness…And our flash mob is going to be very silly”.

That’s a quote from a recent press release our group sent out to advertise our Mp3 Flash Mob For Climate Change Awareness.

On March 22nd, approximately 30 students met on campus at 1pm with their ipods ready. At 1:10, we pressed play simultaneously and followed the instructions on the 14 minute long mp3. The energy was high, and curious onlookers were already starting to gather.

The voice told us about the horrors of climate change while we participated in a giant shoulder massage train. Later we caused a stir in a high-traffic area on campus with 2 minutes to high five as many non-participants as possible. 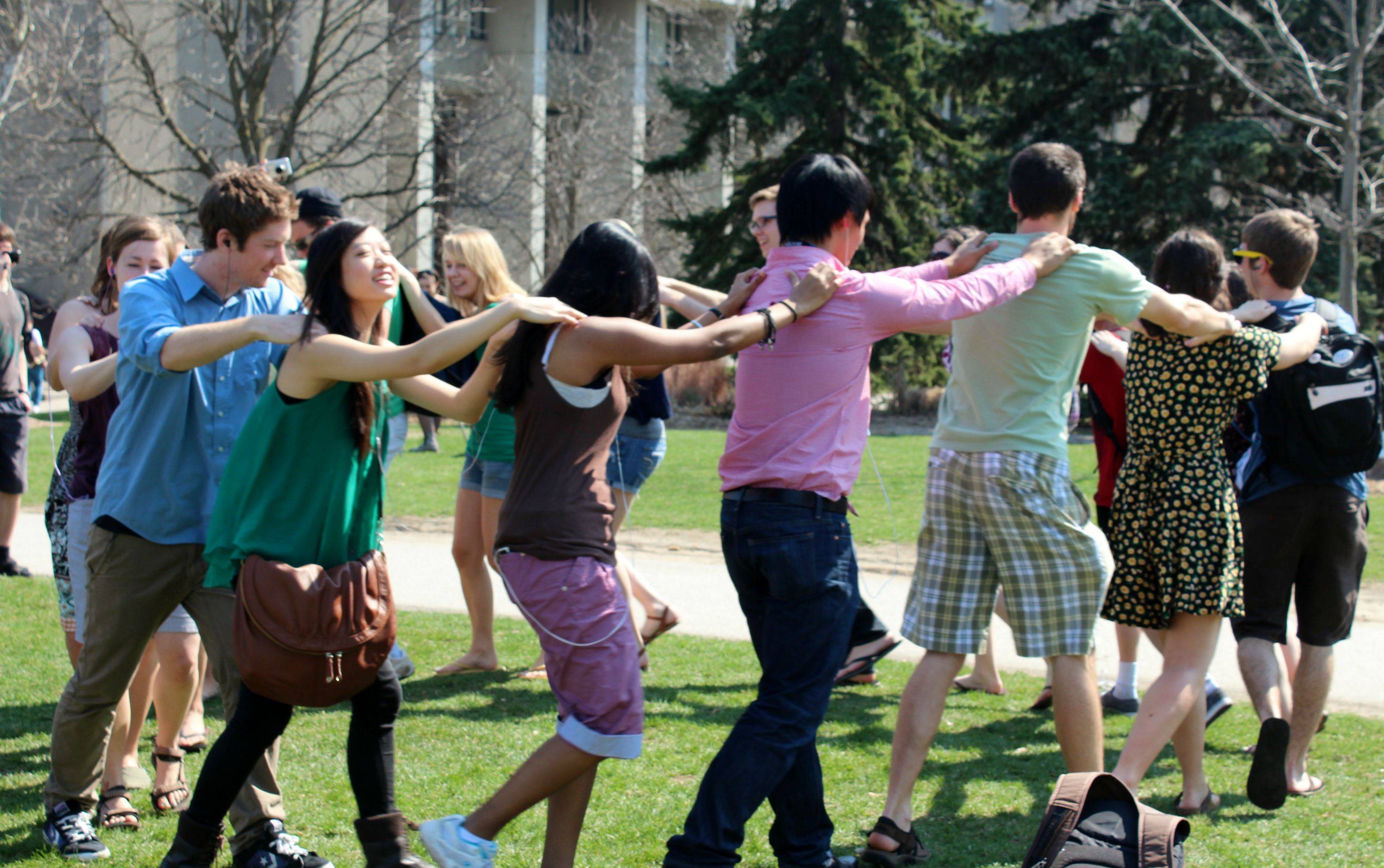 A new voice, Radical Rachel, reminded us about how the Canadian government dropped out of the Kyoto Accord. While we sprinted to find a tree to hug, she explained, “Just because Canada isn’t expressing radical concern for climate change doesn’t mean that we can’t! Although it’s difficult to get a hold of our government, making a statement on campus is a great start. Show that tree some love!” In the next moment we were challenging each other to thumb wars in front of the library.

Although only approximately 30 students were directly involved with the flash mob, the effects were much more wide spread. The flash mob became a hot topic on campus, and throughout the city of Waterloo. Because of the attention drawn to our cause, we consider our first mob a success- and now that we’ve created a name for ourselves, we know our future mobs will be even more radical.

As our omnipotent voice Steve from the mp3 said, “Climate change is such a huge issue, you may be overwhelmed as an individual. What can one person do to help? Well for the next 10 minutes, you’re not just one person. You’re a flash mob. Let’s see how much commotion you can cause.”

As a group, the Everyday Radical is going to continue to see how much commotion we can cause.

And we’re going to have a great time doing it.