Global Voices was a key supporter on the International Day of Climate Action — and contributed to the movement in a very huge way by reaching out to their list of bloggers from all over the world to spread the word and get involved.

Quick intro: "Global Voices is a community of more than 200 bloggers around the world who work together to bring you translations and reports from blogs and citizen media everywhere, with emphasis on voices that are not ordinarily heard in international mainstream media."

A major part of of the 350 movement is reaching out to and engaging countries who aren’t normally represented in the climate conversation, yet are often the most vulnerable to the dangerous affects of climate change. So reaching out to and engaging bloggers who are truly from every corner of the planet, often in the places which are the most under-represented in global conversations, was and continues to be an amazing boost as we build and demonstrate a global movement on the road to Copenhagen & beyond.

Many sincere thanks to Solana Larsen, Managing Editor at Global Voices for your crucial support & leading of this effort! Read on for a quick story from Ceasefire Liberia, friends of Rising Voices bloggers (a project of Global Voices) in Liberia and the great action they organized there!

On October 24, Ceasefire Liberia, a citizen media project of Rising Voices, joined members of their own community, and the rest of the world, in lending their voices to demand swift action on climate change. The day included a parade, educational programs, and the signing of a global petition, as well as enabled Liberia to connect their efforts to the global 350 movement. Read more about the CeaseFire Liberia action here. 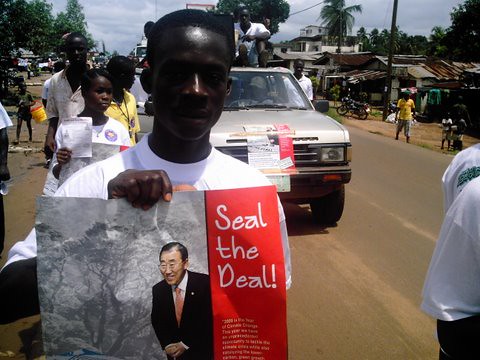 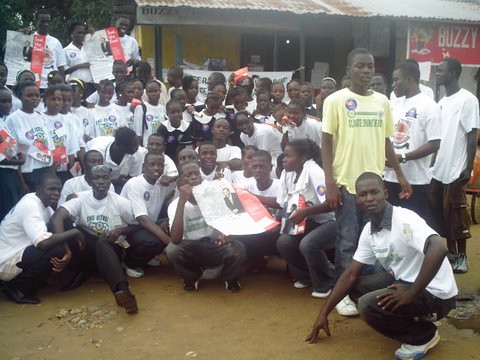 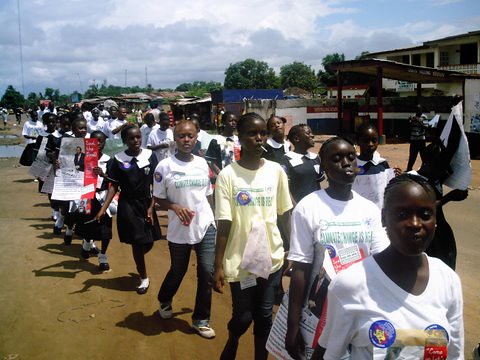