Today more people took to the streets calling for climate action than on any other day in history. From New York City to Rio, London to Delhi — we were everywhere. 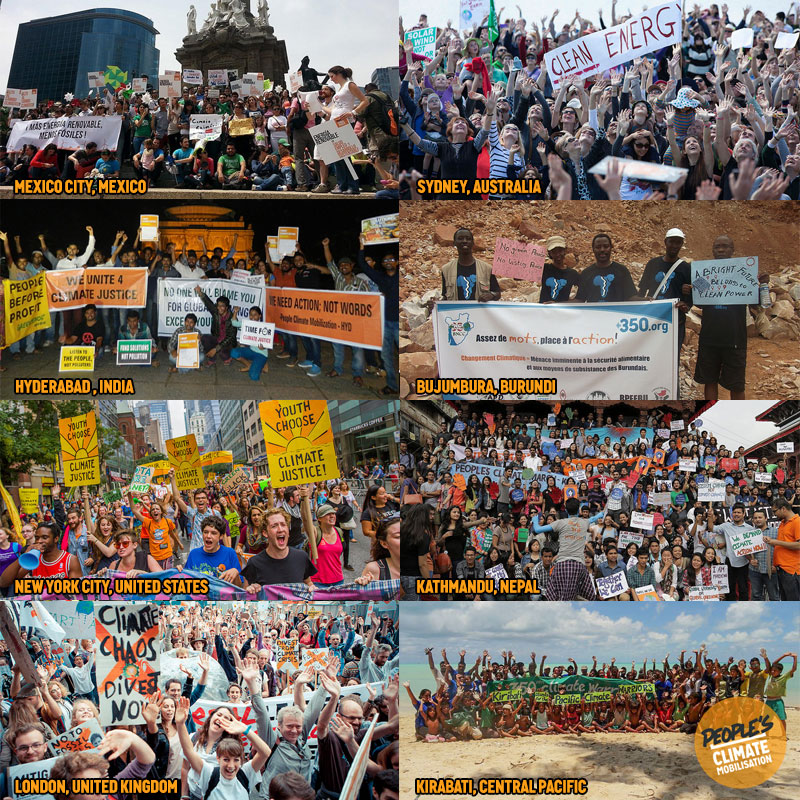 On Tuesday, more world leaders will gather in New York to talk about climate action than have ever been assembled before — 125 heads of state. They’ll be gathering with the knowledge that more people than ever are demanding action, not just words, and that their political future is on the line — as well as the future of the planet.

We have a plan to bring that message to the top leadership of the UN inside Tuesday’s summit, with a hand-delivered message to top UN climate negotiators. If you stand with the hundreds of thousands of people who marched today around the world, you can tell world leaders that we mean business: act.350.org/letter/ready-for-action/

Today people from the communities where fossil fuels are dug up marched alongside people who live where they are burned. Thousands of workers, the people who stand ready to build a clean, renewable energy system, walked alongside indigenous communities that are already leading with their own climate solutions.

The ripples of the People’s Climate Mobilization are already spreading. A people’s summit outlining the path to a just transition away from fossil fuels starts today, and actions targeting corporate polluters in New York are ramping up.

With your help those ripples can spread further, and strengthen — and on Tuesday, hopefully help rock world leaders into action, where they have only offered words before.

I want you to take a moment to appreciate the importance of what happened today. We are mobilising at the scale that science and justice demand, and it is beautiful in a way we could not have imagined.

Now our work continues — and stronger than ever.

Eduardo, Hoda, Mahir, Payal, and Will for the whole 350.org team