CLIMATE ACTIONS TO ROLL OUT ACROSS USA ON EARTH DAY, FRIDAY, APRIL 22, 2022 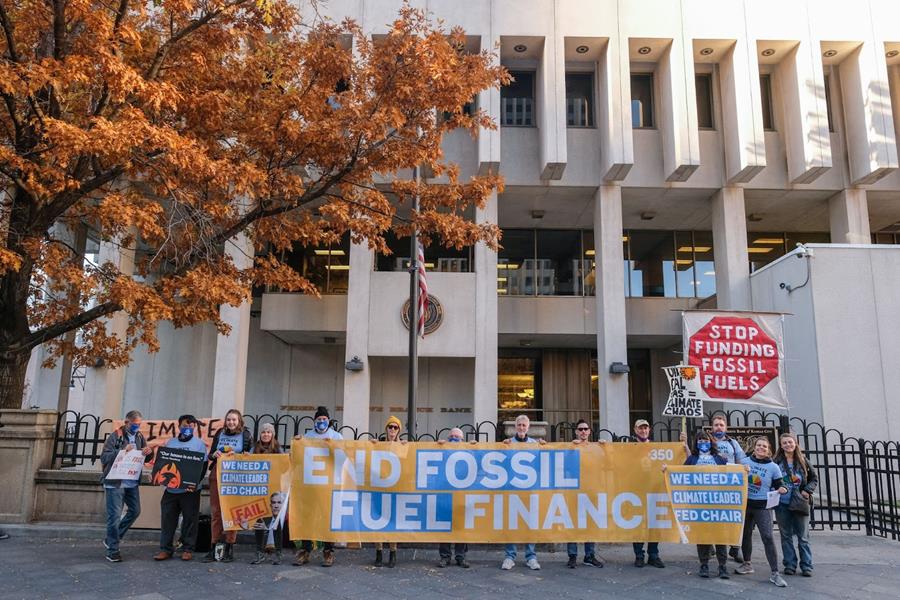 UNITED STATES, April 22, 2022 – 350.org, the international climate action organization, along with state, regional and local 350 groups across the country, are taking action this Earth Day 2022, to draw attention to their Fossil Free Federal Reserve campaign, and to engage citizens nationally around the ever-pressing climate crisis.

The Federal Reserve – the United States’ Central Bank, fueled the climate crisis by lending billions of dollars to fossil fuel companies. People across the country are mobilizing to stop the financial flows to fossil-fuel spewing oil and gas companies. This year they are bringing their message to the Federal Reserve.

There will be art, people in the streets, and climate solutions. Actions include protesting the Federal Reserve in Washington DC, and regional branches in New Orleans, and Helena.  Activists are creating art installations in the Bay Area that imagine our Earth in 2050, advocating for electric buses in Minnesota, marching across the state of Wisconsin to protest a pipeline, and demanding the Governors of Colorado and New Hampshire declare Climate Emergencies.

Climate change issues are more important than ever before, as highlighted by the April 4 scientific report released by the UN Intergovernmental Panel on Climate Change (IPCC), where the the UN Secretary-General António Guterres stated that, “It’s ‘now or never’ to limit global warming to 1.5 degrees.” The Federal Reserve must examine their lending policies, or the world will become uninhabitable.

A detailed Media Pack will be forthcoming, with further event information.