Today, voices from all over the world delivered a message to world governments meeting in Marrakesh for the United Nations climate summit: the world has no more room for fossil fuels.

Representatives of communities fighting the fossil fuel industry in Nigeria, India, Brazil, Canada and the United States, along with more than 375 civil society organizations, delivered a letter at COP22 demanding an end to all new fossil fuels and an urgent, just transition to a renewable energy future. 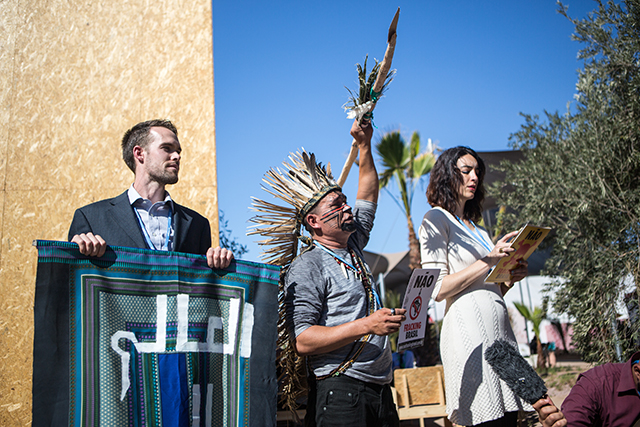 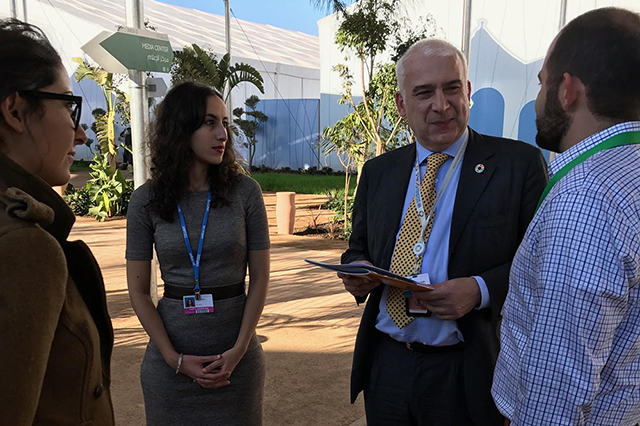 The call couldn’t have come in a better time: the climate negotiations started in full course today, just one day after thousands of people marched through the streets of Marrakesh demanding climate justice. 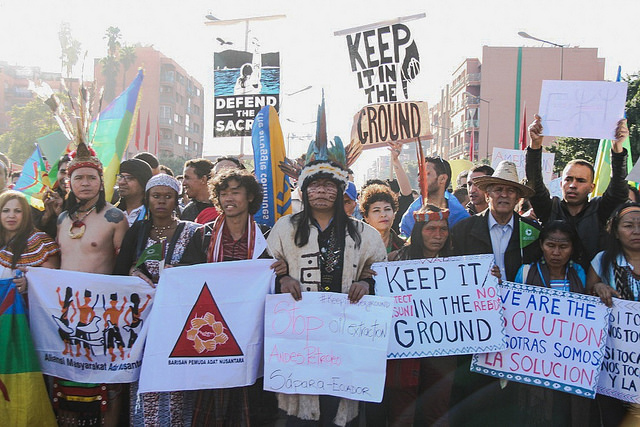 Stopping new permits for new exploration of coal, oil or gas is essentially how we meet the climate goals agreed by governments in Paris last year. If governments are going to honor their climate promises, halting fossil fuel expansion is the only way to go.

And while governments discuss the next steps for implementing the Paris agreement, many of us are still in the frontline of climate change, dealing with destructive impacts and fighting for our lands against dirty power plants, mining and pipelines.

You can add your voice to the tens of millions of people asking for a freeze on new fossil fuel developments here.

Our team at the climate conference in Marrakesh is keeping the people bravely fighting the Dakota Access Pipeline in the United States in our hearts and minds. They are preparing for a big day of action to stop the pipeline tomorrow — can you join us in sending a message of support? They need to know that the global climate movement is united behind them after the results of the U.S. election, as they step up their efforts to protect their land, water and rights from the greed of the oil industry.

The fight is not over, for we know that the true power is not lying with governments, but with the people all over the world.

The world can’t wait. Zero fossil – this is the fight we are in, everywhere.