We just sent out this email to our friends around the world. Not on our email list yet? Sign up here to receive crucial updates from the climate movement.

I can’t wait for Global Powershift in Istanbul.

Apparently, neither can many of you. The response has been amazing so far, with thousands of applications from young leaders all over the globe. It’s a small taste of what this historic global gathering will be like.

To make sure everyone has enough time to apply, we’ve extended the application deadline until January 4. If you’d like to join us, please do apply as soon as you can.

In the meanwhile, watch this incredible video for a dose of inspiration. It’s a preview of Global Power Shift, and you’ll definitely want to watch it with the volume up high! 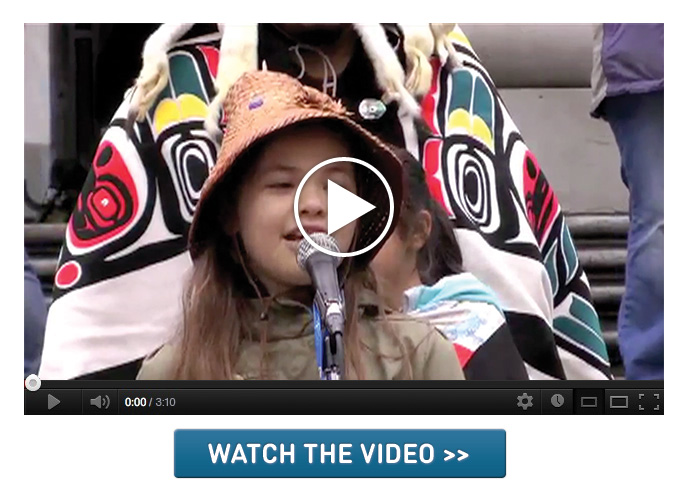 Please share this video far and wide — together, we can make Global Power Shift as big and bold as possible.

P.S. — In case you misplaced the application link, here it is again: apply.globalpowershift.org.

It’s deja vu all over again. The State Department is gearing up to release its analysis of the environmental impacts of the Keystone XL tar sands pipeline. The first one, you might remember, didn’t include a substantive evaluation of the huge climate impacts of the pipeline; and State contracted with Cardno Entrix, a company that had ties to TransCanada, the company seeking a permit for the 1,700-mile project.

This review is a supplemental environmental impact statement (SEIS ) instead of a new independent environmental look at the pipeline. Here are 5 major issues that State must include for the SEIS to have any credibility.

Keystone XL will lead to an increase in greenhouse gas emissions

The environmental review should find that building the Keystone XL pipeline will unlock additional tar sands development and increase greenhouse gas emissions. there are an estimated 230 gigatons of carbon stored in the tar sands, about half the carbon budget (500Gt) that scientists estimate we can use to stay under 2°C of warming. Only 10% of the tar sands is currently believed to be economically recoverable, but this could increase considerably with continued development of extraction technologies. according to a June 2012 report by the Congressional research Service, building Keystone XL would be the equivalent of adding at least 4 million new cars to the road. Keystone XL would expand dirty tar sands mining practices and lure the U.S. into a long-term commitment to an extra-dirty oil energy infrastructure. For example, building Keystone Xl would wipe out the benefits of new standards that cut greenhouse gas emis- sions from medium to heavy duty trucks announced by the Obama administration.

TransCanada is currently under a sweeping investigation by Canadian regulators after they confirmed the account of a whistleblower documenting repeated violations of pipeline safety regulations by the company. This is the latest in a long series of accidents, shutdowns and pipeline safety infractions that have hounded TransCanada. Moreover, experiences from the Kalamazoo spill have shown that tar sands spills are significantly more damaging than conventional crude spills. The environmental review should consider TransCanada’s plans, policies, and practices and evaluate the impact of tar sands spills along sensitive rivers and aquifers along Keystone XL’s route.

Keystone XL will have a negative effect on refinery communities

From families like Michael’s, hit by monster storms and fires, to drought-stricken farmers in the Midwest, millions of Americans are already feeling the disastrous effects of the climate crisis in their own lives.

It’s never been clearer that we need bold and immediate climate leadership –  that’s why this Presidents Day weekend thousands of activists will head to the White House and tell President Obama to shut down the climate-killing Keystone XL pipeline once and for all.

Something this big has to start early, and it has to start with the people who care the most. Commit to join us in Washington D.C. on February 17th and make Presidents Day the biggest climate demonstration yet: act.350.org/signup/presidentsday/

The last time we stood up against Keystone XL, thousands of us surrounded the White House – and it worked. Right when every political and energy “expert” said the tar sands pipeline was a done deal, we beat the odds and convinced President Obama to take a year to study it.

Now that year is over, and Mother Nature has filed her public comments: the hottest year in American history, a horrible ongoing drought, and superstorm Sandy. And still Big Oil is pushing as hard as ever for their pet project, looking for even more private profit at public expense.

There is also good news: Together, we’ve proven time and time again that grassroots voices can speak louder than Big Oil’s dollars. So this Presidents Day, the Sierra Club, 350.org, and other environmental groups are working with our partners across the progressive community to organize the biggest climate demonstration yet.

Our goal for Presidents Day is to form a massive human pipeline through Washington, and then transform it into a giant symbol of the renewable energy future we need – and are ready to build, starting right away.

You can make this a President’s Day that the president can’t ignore and won’t forget – sign up to join the rally, bring your friends, and stop the climate-killing Keystone XL pipeline on February 17th: act.350.org/signup/presidentsday/

We’ll have more details soon about the rally and how you can make your voice heard, but for now, start making travel plans and circle that weekend on your calendar. Together, we can show the president that the year’s delay didn’t lull us to sleep. Instead, we’re more fired up than ever, and determined to help him do the right thing.

See you in February,

This post comes from Zeph Danieles from the Philippines, one of the new 350 East Asia coordinating team members…

“EVACUATE! EVACUATE!” … repeatedly uttered when Typhoon Bopha neared. “EVACUATE…NOW!” … not good news — but seemed to be the only chance of survival. Typhoon Bopha came with a roaring sound of the wind attacking the walls and scraping the roof. Many cried in fear. Outside was a strong wind and heavy rains. Trees and electric posts fell and knocked down concrete structures nearby. Power was cut-off and radio lines were silenced by the ravaging storm. In regions with open pit mining, particularly in Compostella Valley (one of the hardest hit areas), mudslides washed out houses and lives.

Our ability to adapt to the negative impacts of climate change cannot add up if we continue on our current path of extraction and demolition of our natural resources. Despite being frequently visited by typhoons — now stronger than ever — we are opening our country to foreign mining companies and commercialized logging amplifying the already vulnerable communities to the impacts of climate change. Moreover, we keep increasing our coal dependency through expanding and constructing more coal-fired power plant projects in the country despite the passage of the Renewable Energy Law.
According to the situation report from the National Disaster Risk Reduction Management Council on the effects of typhoon Bopha, cost of damages reached a total of Php4,001,924,688.02 (roughly 97,727,000.88 USD). While currently the cost of assistance coming from the Government and NGOs is only Php9,632,017.18 (roughly 235,213.86 USD). Our dead bodies reached 418 with 383 missing people (and numbers rising). And even with the sun shining today, typhoon Bapho had left us with sadness as rescuers continue to search for missing people and retrieve dead bodies. Some families would still be in evacuating sites on Christmas Day.
Climate change is not the reality we wish to be living. But it is taking over our lives and taking away our dreams. Sadly, while death toll is rising in my country, world leaders in Doha had consumed the time negotiating without clear commitments to reduce carbon emissions.
← Newer Posts 1 … 451 452 453 454 455 … 1,143 Older Posts →
FacebookTwitter
This website uses cookies to provide and improve its services. By continuing to use this website, you consent to our use of cookies. If you do not consent, please view our Cookie Policy for more information.Dismiss